The digital revolution is continually shaking up the economy and society. But, what does the digital revolution mean for the future of work? It’s the revolution that has inspired reorganization and outsourcing of the specific tasks of a job via online platforms. However, a more fundamental change has taken place in a way that people are now more than willing to sign up for a series of short-term employment projects instead of going after long-term positions, and that has come in the form of gig economy.

According to social entrepreneur Tess Posner, “the vast majority of the jobs that have been created in recent years have been short-term, self-employed or freelance jobs.” This makes steer clear that how gig economy revolution has produced a hungry beast of modern day public that promises a future of boundless innovation.

The rise of gig economy has been in a lot of news. So, here we take a look at how digitally enabled gig economy is creating the exciting economies and unleashing the digital transformation. First of all, let’s start by discussing what the gig economy is. 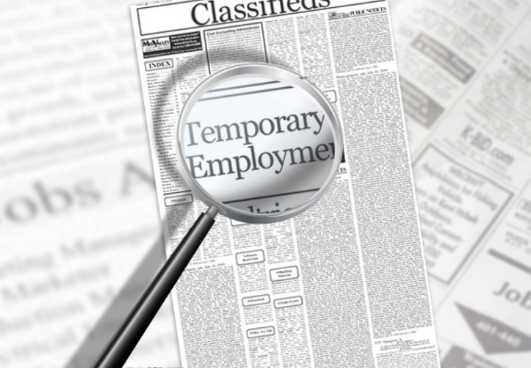 It is an environment, which centralized around creating temporary job positions for independent contractors for short-term engagements by various organizations.
In gig economy, temporary and flexible jobs are targeted, and companies tend towards hiring independent contractors as well as freelancers, rather than going for full-time employees.
The market is characterized by the dominance of short-term or freelance contracts that is quite opposite of the permanent job situation. And, this modern economy – gig – has taken over the market like a storm, due to the flexibility and technology advancement it offers.

As the way of working is changing for the job seekers, indeed, recruiters are making changes when it comes to hiring a workforce.

In a gig economy, a business can save resources in terms of office spacing and training expenses.
The ethos behind this model is to hire contractors who are highly skilled and experienced in specific projects for a flexible time at affordable prices.

According to freelancers, a gig economy has the huge potential to improve work-life balance, while expanding the spectrum of learning new skills.

Ideally, the model is powered by independent worker selecting jobs that they have been interested in, rather than going for the ones in which people are forced into a position.

Well, many industries have noticed a significant increase in demand for gig workers. Labour Service, Rideshare, Caregiver, Freelancing, Delivery, and Hospitality are some of the industries that have been positively affected by this economy.

Some of the companies following gig economy trend are Uber, Lyft, HopSkipDrive, Airbnb, OneFineStay, OpenAirplane, ParkingPanda, Postmates, etc. There are indeed other companies also that are hiring temporary job seekers.

Some Other Important Statistical Facts

The Benefits of Gig Economy to Companies

There are a large number of companies that are successfully utilizing external talent since the emergence of the gig economy. Let’s see what obvious benefits such companies are experiencing by participating in the gig economy.

Less Hiring Cost for the Business

Businesses can save up to 57% by using free agent talent. Around 43% of the companies are going for freelance people and are saving about 20% labor costs.
Gig economy offers businesses to accomplish seasonal goals without adding overhead costs of hiring employees.

Moreover, employers can save a lot of money because they are not liable to contribute to the retirement fund. And, they are indemnified against any liabilities arising out of gig workers’ action.

36% of businesses are in favor of using gig workers for the timing advantages. The recruitment process is a quite hectic and time-consuming task. And, the process of vetting out everything from their working right and their ability to work according to the culture of the company. Then the on-boarding process after the candidates is finalized.

Flexibility to Pay and Working Hours

The configuration of schedule and pay are limitless for the gig job seekers. And surely, this is the reason why businesses are heading towards this economy trend – gig economy.
As a recruiter, you have the scope of paying according to your capacity and the complexity of the project.
How much you earn entirely depends on the quality of the work delivered and talent you have hired. So, the profit margin is better than the normal working style.

The Benefits of Gig Economy to Employees

The gig economy benefits employees by helping them acquire more latitude over their schedule. Here’s is a look at a few of the other benefits of gig economy for employees.

As a worker, you need not require working for back to back weeks. You can take up tasks the way you are willing to work and feel comfortable.

You have the freedom to take sabbaticals and holidays. Because you have no obligation to follow the fixed and tight office timing.

How would you feel to know that you can work from home while supporting your newborn baby or your young kids? Pursue your passion, while having enough money to pay your bills? Surely, you would love to work this way.
The gig economy gives a solid platform to explore different aspects of the career.

According to a study 601 Uber driver-partners, “the drivers were asked the following question: at this point in your life, would you rather choose a steady 9 to 5 job with some privileges and a fixed salary or a job where you choose your own schedule and be your own boss?” There are 73% of the drivers who chose flexibility over traditional job.”

Variety of Projects to Work on

This economy promises you to offer a variety of jobs – no matter, you talk about working on different spectrums or people you will meet. You will not have to live the same day twice or meet the same face every day; you can work with a variety of people from all over the world.

This economy beckons towards aspiring minds, who are keen to create a brand name with their creative ideas and solid strategies. For those, who already have or are stuck with conventional jobs, this economy offers you the freedom of working the way you like it.

You have n-number of platforms to explore and sell your talent. Etsy, Fiverr, Upwork, Airbnb, etc., are some popular platforms for freelance job seekers.
Safety Cushions

Job aspirants who have the potential to deliver high-quality work within the strict deadline are more likely to find better opportunities. This economy has given scope to the recruiters discover talents that can offer new heights to their businesses.

All in all, the gig economy is not fading soon. It is not going anywhere and anytime.
As more and more people are engaging in freelance or temporary job economy, this is accelerating us towards creating a bigger and better economic picture.

If you have a quest of knowing more then get in touch with me, I would be glad to answer your queries.