On 12th May, a large-scale cyber attack caused a sweeping havoc across the globe. So, in this post, I have tried to give a brief insight into ransomware attack, its devastating effects, and ways to protect your system from ransomware damage.

What is Ransomware Attack?

“Ransomware attack”, a type of cyber attack done by computer hackers to capture the computer system and blocking the victim’s access to it until the $300 worth cryptocurrency bit-coins are paid.

How Much Damage is Done by Ransomware Attack?

The security officers are still scrambling to know the overall extent of the damage but the attribution of this ransomware act is notoriously difficult.

But according to some early investigations, it has been estimated by Japanese experts that it had affected nearly 200,000 computers, 10,000 organizations in more than 150 countries over the weekend.

Most of the global attacks targeted Russia, Ukraine, and Taiwan. But the most assaulted ones are recognized to be U.K hospitals, global firms like Fedex and Chinese universities. 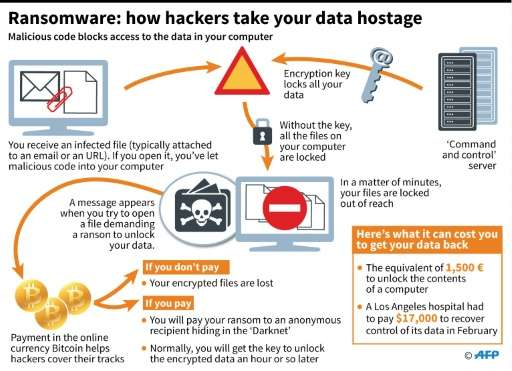 In Beijing, it is reported that over 4,000 educational institutions have been paralyzed by the WannaCry virus attack.

As reported in China, around 20,000 petrol stations are not able to process cash payments due to ransomware attacks that began on Friday.

As confirmed by the Federal Government of Australia, New Zealand and Australia is also experiencing WannaCry attack loom as well. About 8 Australian businesses had likely said to affected by the ransomware. Although, no critical infrastructure had been affected till yet but it has been predicted that there may be more business impacted by this.

The NSA’s spy tool “Eternal Blue” helped spread the ransomware tool by exploiting the flaws in computers and networks that had outdated or older version of windows.

According to the latest report, authorities fears that WannaCry might have hit thousands of more systems today as people has returned to work this morning and switched on their computers.

How to Protect your Computer Data from Ransomware Attack?

While it’s too late for those who are already hit by this global cyber attack, there are some ways to do at least some protection from WannaCry virus before it infects your system: 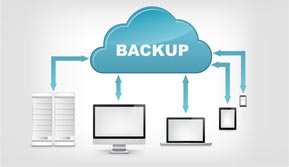 Experts urge that users must backup their data on regular basis to fully secure files against any kind of threat. Always keep a good off-site backup by maintaining two data backups: one on an external hard drive and other in the cloud systems like Dropbox, Google Drive, etc.

Ransomware attackers may even halt your backup systems to encrypt and lock. To do this, they will first gain entry to your desktop system and then get to servers. Therefore, it is recommended to backup to cloud too, which must be offline and indirectly connected to the desktop system where the attacker can easily reach.

Do not share your data in network shares as network shares are also at risk in case of ransomware infection. So, do offline data backup and make sure that the backup is not accessible from the infected machine. 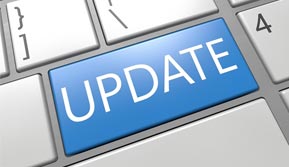 As a user you always end up opening attachments and visiting infectious sites, and then what happens, I am sure you know that! Before you peek into any such things, just make sure you have the security technology that protects you.

However, there is no security product that is infallible. So you should always take other standard security precautions to protect your data against any damage. You can do a server level patch or patch software security holes by finding a system admin near you. This would be the appropriate measure as it would help prevent any malicious software from exploiting them.
Also, keep your third party plugins like Java and Flash updated to protect your system from any kind of web attacks. 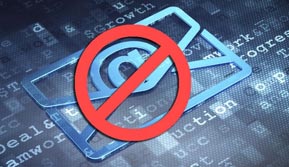 It is every attacker favorite bait. This kind of phishing attack involves spamming you with emails redirecting you to click on a URL where malware is already present.

Malvertising is another popular method that is adopted by hackers. In this method, malware in ads is embedded on an advertiser network. This way the malware is delivered to you through trusted sites. You can block such malicious ads either by installing ad blockers or by patching known browser security holes.

Some other ransomware protection methods are:

Most of the all, experts need to educate and spread awareness training to stop such ransomware attacks.

Most importantly, please be aware and alert! I just wrote this post because I want you to be prepared, so that you never have to face such massive ransomware attack. But in case you’re already hit by a ransomware, don’t pay the money as it gives you no guarantee that whether the hackers at the other end will give you the decryption key. So it’s better not to fund them for their greedy attacks. It will only further fuel the malicious cycle of cyber crime.